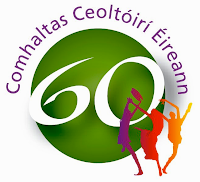 
On Saturday, October 15th 2011, in Kingston, Ontario there was an event to commemorate the fact that Comhaltas was turning 60 years. It was also the opportunity to honour the dedication and service to others by members of the Comhaltas Ceoltóirí Éireann Canada East Region. The presenter of the awards was His Excellency, Dr. Ray Basset, Irish Ambassador to Canada. Here are the seventeen people that were honoured:

Desmond Quinn (Hamilton Irish Arts)
Desmond has been a fixture int he Irish music scene in Hamilton for more than ten years. Prior to that, he had played major roles in Comhaltas Branches in Saskatoon and Toronto. As a very talented musician, he has devoted much effort to encouraging others to take up the playing of Irish traditional music.

Anne Gorman-McKinney (Hamilton Irish Arts)
Ann has been involved in Irish music and dancing since the 1980s. She has been very instrumental in helping to create the Hamilton Comhaltas Branch. In addition to serving on the executive, she has used her photographic skills in Branch promotion and archival preservation. She has also brought set dancing to the Hamilton Branch.

Rae Shepp (Montreal Branch)
Rae is a long-standing Comhaltas member who plays the tin whistle, concertina and bodhrán. She teaches these skills, as well as set dancing to Branch members. She also plays a key role in welcoming new members and encouraging others to join the Montreal Branch. Her generosity and dedication is an inspiration to all.

Eunice Cavanaugh (Montreal Branch)
Eunice has served as Branch Treasurer for the last twenty yeas and has worked extremely hard in serving the Montreal Branch in many other capacities. Her dedication behind the scenes has helped the Montreal Branch to remain a stalwart Comhaltas branch in the Canada East Region. She richly deserves our admiration and respect.

Toni Forsythe (Ottawa Branch)
Toni is a highly talented artist who uses her skills in the preparation of Branch material for many occasions. She has served on Branch committees for more than twenty years, including several executive positions at the Branch and Regional Board level. She plays a continuing, key role in promoting the teaching of Irish music in Ottawa.

Patricia Cassidy (Ottawa Branch)
A long-time members of Comhaltas in Ottawa, Patricia has been responsible for heading the membership and public relations committees and as BRanch photographer, records many Branch events for the archives. She plays and has taught the tin whistle. She has organized and hosted many music seisiuns.

Eileen Kennedy (Sudbury Irish Arts Association)
Eileen has been an active member of the Sudbury Branch since its formation in 1996. She has assumed the roles of Branch Auditor, singing instructor, plus numerous other volunteer positions. She is always a wise and steady voice in the promotion of Branch and Comhaltas activities. Her eager, willing and effective efforts continue to affect the success of Branch activities.

Edward McIlveen (Sudbury Irish Arts Association)
A most willing volunteer, Ed has served as Branch Social Convenor and has always been a willing volunteer at Branch activities, during his long involvement with the Sudbury Branch. His keen interest is Irish music led him to learn how to play tin whistle and even try out the set and céilí dancing, in the early years of the branch. If you need a volunteer for event set-up, Ed's your man.

Michael Donoghue (Langan Gorman Branch - Toronto)
Michael is a tireless, behind the scenes, volunteer worker for Comhaltas and the Toronto Branch. His  long-time dedication to promoting the aims and objectives of Comhaltas, only serves to reinforce the recognition that this Comhaltas 60th Anniversary Achievements Award bestows.

Eamonn O'Loghlin (Langan Gorman Branch - Toronto)
Eamonn was a founding member of the first Comhaltas Branch. His organizational skills and hard work resulted in two highly successful Comhaltas conventions, hosted by the Toronto Branch. He continues to make a major contribution to the promotion of Irish culture in Toronto, in Canada and in the USA. He is always good for a song and a laugh.

Bob MacDiarmid & Angeles Garcia (Harp of Tara Branch - Kingston)
Working as a team, husband and wife, Bob and Angeles have promoted Irish culture through the Branch by hosting weekly language classes, organizing and hosting house concerts in their home, promoting the Irish language Immersion Camps and volunteering at the monthly céilís. Together, they make a major contribution to Irish language, dance and music in Kingston.

Stephen Rayner & Julie Bowes (Harp of Tara Branch - Kingston)
This husband and wife team have contributed significantly to the growth and vitality of the Kingston Branch. Their hard work in promoting the North American Gaeltacht project, their service in senior roles on the Branch executive, their contributions to running monthly céilís, plus numerous quiet efforts, serve to inspire us all to greater effort.

Bryce Neill (Saint John Branch)
In his seventeen years as a Comhaltas member, Bryce has occupied executive positions in the Saint John Branch, organized the Echoes of Erin Tours and has actively participated in all Branch activities, all the while promoting his Irish heritage. He has a keen interest in céilí dancing, Irish traditional music and has a large repertoire of Irish songs.

Phyllis Cussen-Gorman (Canada East Regional Board, Langan Gorman Branch - Toronto)
For 15 years, Phyllis has provided dedicated, outstanding service in maintaining the Regional membership records and teaching Branch secretaries to perform a similar task in their Branches. These records also provide the information for Treoir mailings through the country. Her attention to detail has saved us from increased work and expenses.

Related to the following posts:
http://ottawacomhaltas.blogspot.ca/2013/07/cce-canada-east-region-music-hall-of.html

Posted by Ottawa Comhaltas at 00:00 No comments: 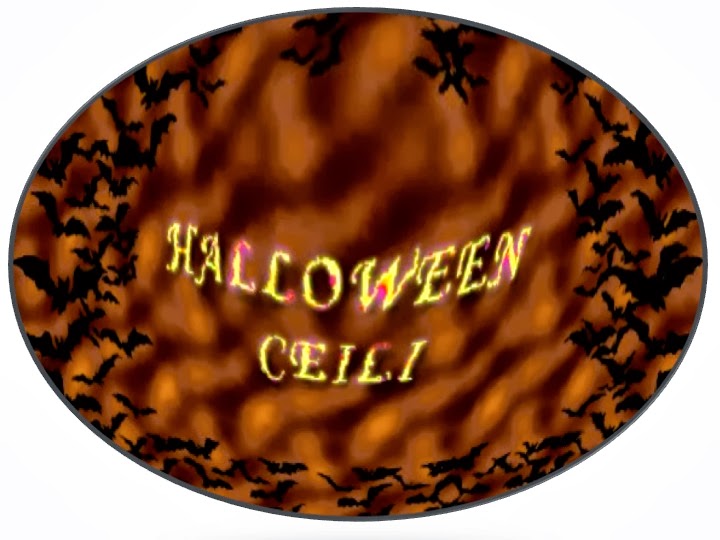 THIS MONTH: DRESS UP IN YOUR FAVOURITE HALLOWEEN COSTUME!


Do you love great company, great music and a fun time dancing? If you answered "yes" to any of the above you MUST join us for our October ceili. Come on out to a fun night of relaxed entertainment in a friendly environment and learn the steps of our ancestors. It is a great no-pressure environment in which you can enjoy the evening without dealing with drunks, learn some new dance steps (even if you have two left feet), and listen to some of the best live music in town!


Come and join us. We will love to see you there!
Posted by Ottawa Comhaltas at 00:00 No comments: 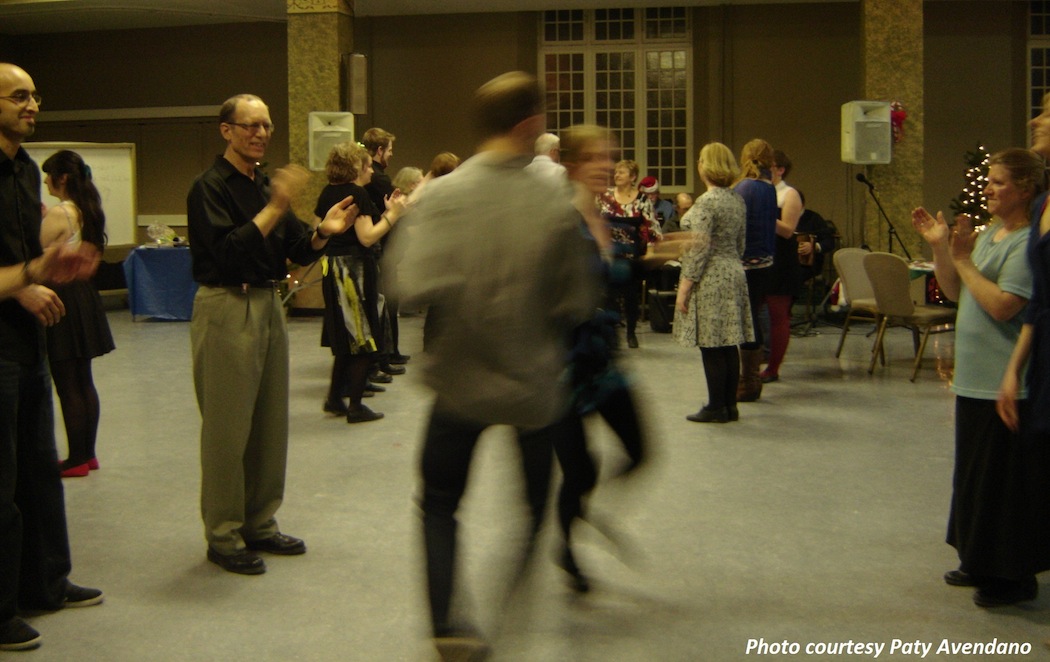 Every September we resume our weekly groups of classes on Monday nights:

If you want to know more about Set Dancing, check these stories: http://ottawacomhaltas.blogspot.ca/2012/12/what-is-irish-set-dancing.html

As you probably know by now, Monday 7th October was the CCÉ A.G.M. There were some changes in the Executive and some new faces joined in. Rita Walker, our esteemed long-running Secretary decided not to run again. Also, Chris George and Emily Funston are not returning this year. On behalf of the whole of CCÉ Ottawa Branch we want to thank all departing members for all their great work over the years. At the meeting, the executive presented the annual report and took questions from the members. If you want to see the list of the Executive for the 2013-2014 season, please go to the Contact Us page and you will see the whole list.

Here you can see the new 2013 Executive, the only officer missing is the new P.R.O.


Also, at the A.G.M. it was explained the reason for recent increases now in effect, for our Branch membership dues and fees at our céilís. The membership fee increase, effective as of this year’s renewal, is due to the rising administrative cost within Comhaltas at the Provincial level. As stated in the Branch Report delivered at the October 2012 AGM, the Branch absorbed this increase for this year (2013).

The increases implemented at the céilís, starting this September, have been put in place to offset the rise in hall rental rates as well as insurance costs.

The branch executive will present their year- end reports, and there will be an opportunity to ask them questions.

If you are interested in running for one of the executive positions, or nominating someone for one of them, please contact this year's election officer, Maureen Maher

We need to keep our branch alive and can do it ONLY if folks will hold office.

See you at the AGM after Irish Language, and Set Dancing classes!
Posted by Ottawa Comhaltas at 22:40 No comments: