This is part of a message we received from members of other CCEs in North America. 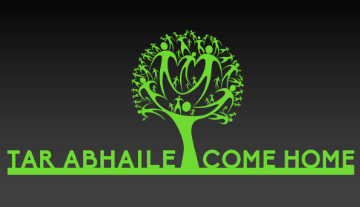 Hosted by broadcaster Evelyn O’Rourke, Tar Abhaile is a new six part series on TG4 that follows local Irish communities as they welcome people from across the globe in search of their Irish ancestors. You will see twelve different Irish descendants and their families, scattered all over the USA, Canada, Australia, New Zealand and the UK, travel to Ireland to reconnect with their Irish roots.

Posted by Ottawa Comhaltas at 01:00 No comments:

TEG, B1 Irish language proficiency preparations classes at the University of Ottawa


TEG (Teastas Eorpach na Gaeilge) is an examination system for adult learners of Irish that is linked to the Common European Framework of Reference for Languages. Examinations test the four skills: Speaking, Listening Comprehension, Reading Comprehension and Writing. Examinations are currently available at five levels from Absolute Beginners (A1) to Advanced 1 (C1).
Early this year we posted the details of the exams and the availability of preparation classes prior to the event. This fall-winter session, even though it has not yet been confirmed when and where the TEG exams will be held, the preparation classes will go ahead.

B1 TEG exam preparation classes, will start on Thursday 14 November, Eoin Ó Catháin will be running classes for all those interested in doing the B1 TEG exam. For more information contact Eoin.

To locate the building where classes are being held, check the campus map: http://www.uottawa.ca/maps/fullscreen.html

If you want to access preparation material and syllabi for the exams, check the TEG website: http://www.teg.ie/english/exam_levels.htm
Posted by Ottawa Comhaltas at 19:55 No comments:

To figure out where the Lamourex Hall is located on the University, check the campus map: http://www.uottawa.ca/map

There will be a "Meet and Greet" at 8:30 am. Classes, from beginners to experienced Irish language speakers, will start at 9:00am. Our teachers hail from Ireland, and as this a friendly, fun environment, we are sure you will find it most enjoyable. The only requisite, is a willingness to learn, or improve your Irish language.

Come and join us! 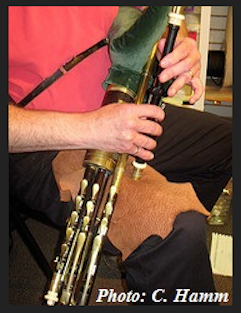 Wikipedia tells that that the folk music of Ireland (also known as Irish traditional music, Irish trad, Irish folk music, and other variants) is the generic term for music that has been created in various genres in Ireland.

In A History of Irish Music (1905), W. H. Grattan Flood wrote that, in Gaelic Ireland, there were at least ten instruments in general use. These were the cruit (a small harp) and clairseach (a bigger harp with typically 30 strings), the timpan (a small string instrument played with a bow or plectrum), the feadan (a fife), the buinne (an oboe or flute), the guthbuinne (a bassoon-type horn), the bennbuabhal and corn (hornpipes), the cuislenna (Irish war bagpipes, different from the Uilleann bagpipes, which was developed around the beginning of the 18th century), the stoc and sturgan (clarions or trumpets), and the cnamha (castanets). There is also evidence of the fiddle being used in the 8th century.  http://en.wikipedia.org/wiki/Traditional_Irish_Music

To learn about traditional Irish music, check “A History of Irish Music” (1905) by William H. Grattan Flood.
http://www.libraryireland.com/IrishMusic/Contents.php (Online book, can be downloaded or read in web format).

If you are interested in self-taught programs to learn of some of the traditional instruments, check ComhaltasLive, the weekly internet video programme of Irish traditional music produced by Comhaltas Ceoltóirí Éireann. These video-programs are organized by instrument, tune (reel, jig, etc.) and venue (competition, concert, etc.).

Also, another source is the Revised Tunebook from the Kington, Harp of Tara Branch, of Comhaltas.
Posted by Ottawa Comhaltas at 00:00 No comments: