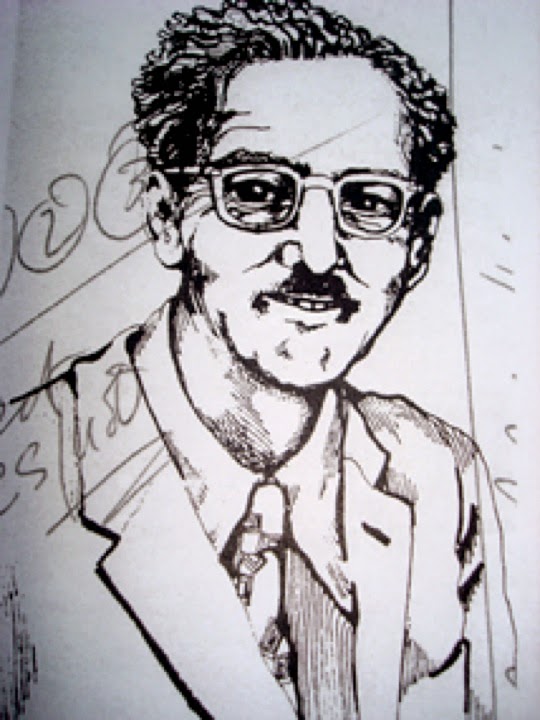 Department of Modern Languages and Literatures, University of Ottawa
Presents

‘The Gaelic Life and Work of Patrick Ó Broin’.
By Kevin Dooley


Padraig O'Broin (J. Patrick Byrne), 1908-1967,  was an internationally known Canadian Poet. He ranks among the great Canadian Poets of his time - Al Purdy, Milton Acorn. He worked as Poetry Editor for the Canadian Authors Association and McClelland Stewart publishers.

Padraig, who came to Canada from Ireland in 1913 with his family was also a Gaelic poet, scholar and translator. He taught himself Irish and founded and edited Celtic/Gaelic Journals in the 1950's.

Posted by Ottawa Comhaltas at 22:09 No comments:


This book gives insight into a particular grim period during the early 1970s in Northern Ireland using an extremely unusual episode - the black maid rumours - as a privileged window onto a world that may now be behind us, but which continues to fascinate many readers.

Providing a fascinating insight into some of the problems and procedures if social history, the author also demonstrates that phenomena like black magic rumours cannot be understood without taking a multidisciplinary approach, taking in perspectives and comparative evidence from anthropology, sociology, folklore and media studies.


Posted by Ottawa Comhaltas at 19:29 No comments:

This heart-warming documentary follows the dynamic and funny Ron Cooney who has been working in the Ballymun high-rise housing estate in Dublin for fifteen years, helping his community through music. This music will challenge the negative views many still hold of the area – views that have the potential to hold his students back. The camera follows Ron and composer Daragh O'Toole as they work with their talented students to produce an original, world class collection of music that gives voice to their story, leading to a unique collaboration with the RTÉ Concert Orchestra. What Ron and his students have achieved is simply amazing. Ballymun Lullaby is a story that needs to be heard. More information about the film is available here: http://www.ballymunlullabythefilm.com/

The Festival website includes the full schedule of films.

Many thanks to the Irish Film Institute for their support http://www.ifi.ie

Posted by Ottawa Comhaltas at 21:35 No comments: 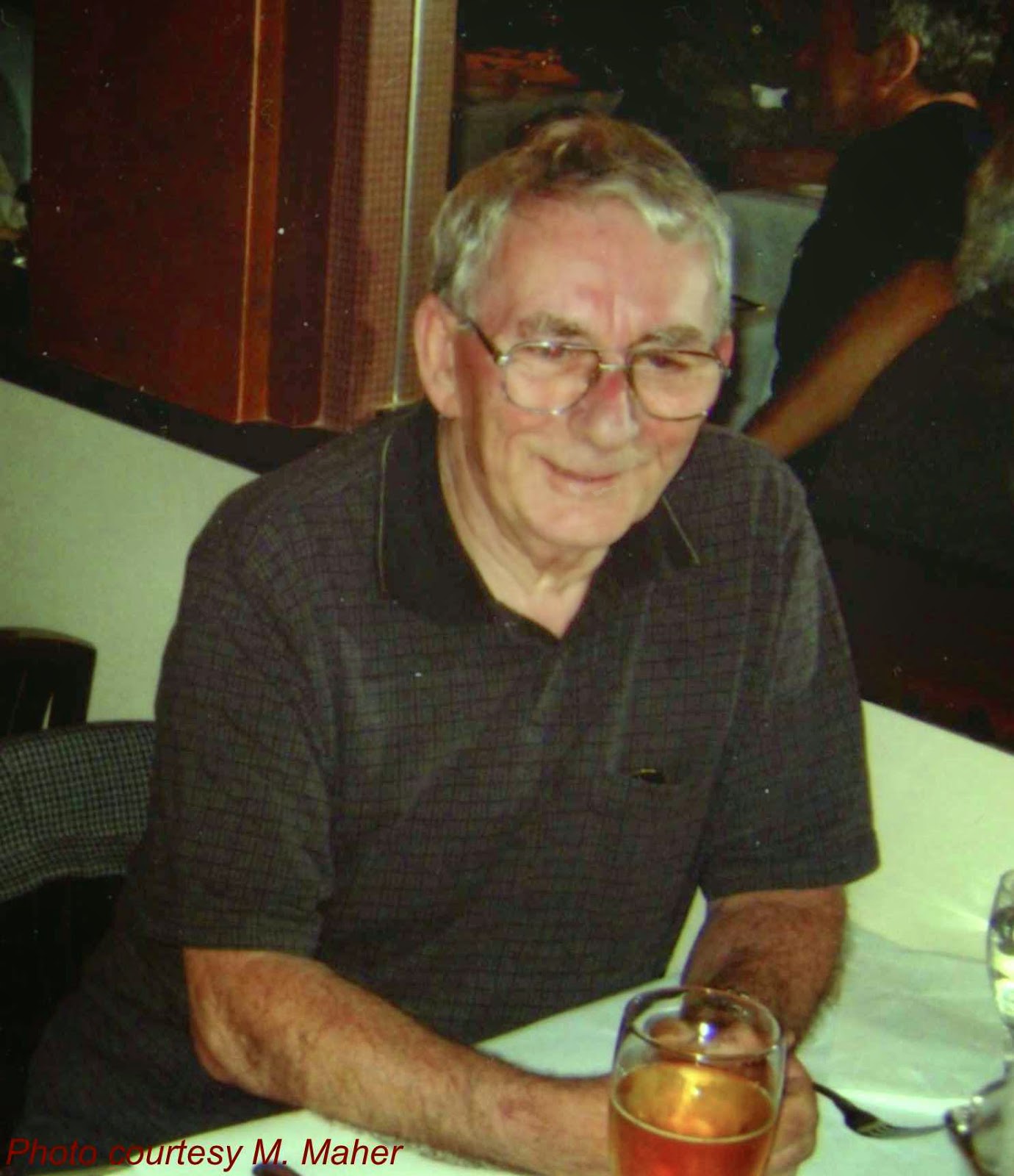 Ruaidhri O'Donnell, was born in Dublin, Ireland in 1938, he had a twin brother, Colm and was an older brother to Frank.


When they were young, the brothers were sent to Donegal each summer where they became fluent Irish speakers and developed a great love of the language and culture of Ireland. Ruaidhri, with good University degrees behind him had a vast and varied career both in Ireland and Canada. He emigrated to Canada in 1969 where he eventually worked for the Canadian Revenue Agency.

He met and married Mary (nee Horne), they had a son Eamon.

Now, Ruaidhri possessed a wicked and clever wit which we enjoyed greatly. As a lifelong member of CCÉ Ireland he and Mary were intimately connected to CCÉ  Ottawa for over 20 years, serving on the Ottawa Branch executive for many years. One of his many (and an important) contribution was the arrangement of tables and chairs before, and putting them away after, for the ceilis. Which was very big undertaking in the days where CCÉ  Ottawa was at St Patrick's hall for years and years,  he continued with this activity when we moved to Blessed Sacrement Church Hall. However, later on his back began to give him trouble, and he could not do it anymore. He and Mary came to the ceillis and sat with friends near the back of hall enjoying the music.

Ruaidhri enjoyed the friendships with CCÉ members, but of late his illness kept them away. He will be sorely missed.

Ruaidhri died on 30th October,  All Souls Day, he would have enjoyed the irony. 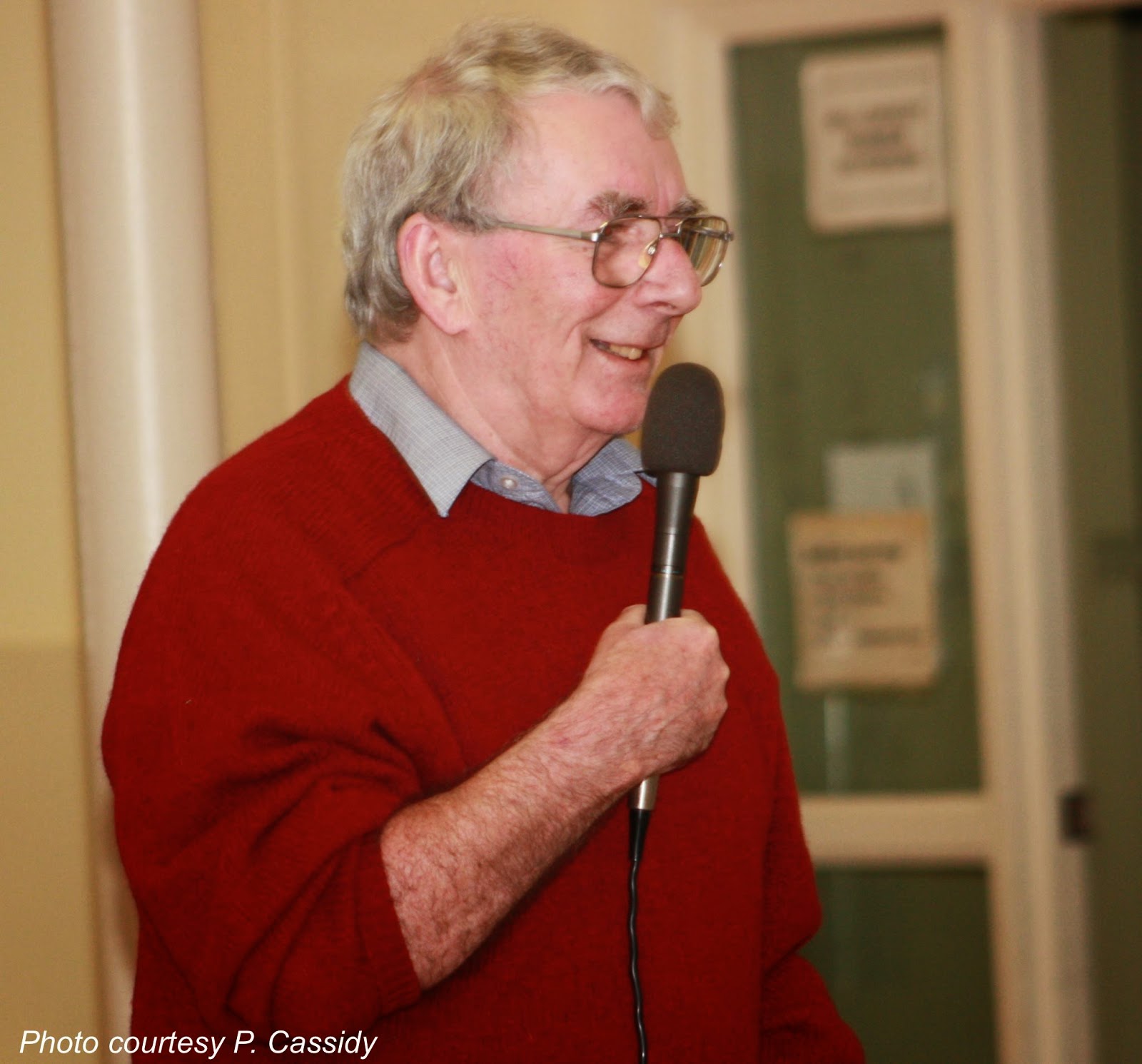 An obituary appeared in the Ottawa Citizen.
Many thanks to M. Maher and P. Cassidy for their candid shots of Ruaidhri.

Posted by Ottawa Comhaltas at 14:57 No comments:


Caint is Comhrá, under the auspices of the Ottawa Branch of Comhaltas Ceoltóirí Éireann invites you to an Irish Language Immersion Day.


Note: the November ceili will be held on the same day, at the same location, beginning at 08:00 PM.


We hope to see you there for a good craic!


Department of Modern Languages and Literatures, University of Ottawa


'Language of discontent in Penal Times' : Ireland in the 18th century.

We hope to see you there!

Posted by Ottawa Comhaltas at 19:29 No comments: