Come and join us. We will love to see you there!
Posted by Ottawa Comhaltas at 15:17 No comments: 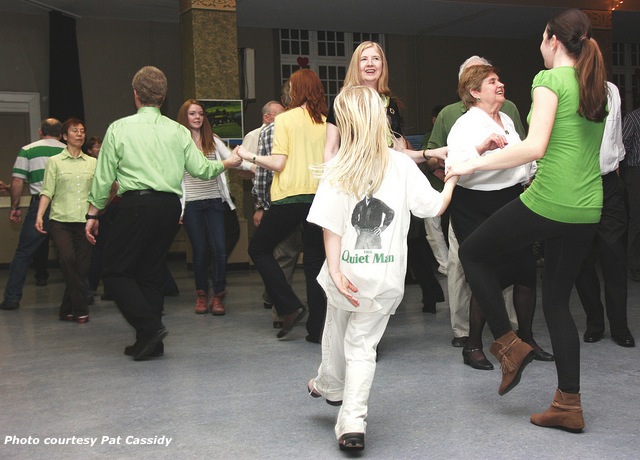 It is that time of the year again when we get together to enjoy the first céilí of the season.


You do not need to know how to dance nor need to have a dancing partner. Everyone is welcome!

Entertainment, raffles, door prizes, and free snacks at the break!

Chance of a Lifetime. A community visit to Ireland's Gaeltacht areas.

What is special about this trip? In every location that we visit there will be a Gaeltacht community waiting to welcome us. As part of "The Gathering Ireland 2013", http://www.thegatheringireland.com/ and "The Year of the Irish Language", http://gaeilge2013.ie/ they will be as excited to meet us as we are to meet them. It is expected that this will forge lasting friendships between individuals, and lasting connections between Irish speaking organizations in North America and Ireland. Since local events will be hosted by the various Gaeltacht communities, we are able to keep our costs to a bare minimum.

For more than 15 years, Stuart has been tireless in his efforts to support Irish Culture in St. John. He carried the Branch through tough times when membership was almost nonexistent. Stuart's loyalty and dedication to promoting Irish culture, music, song, dance and storytelling has provided a solid foundation for his branch to grow. Today the branch enjoys a record number of members.

Though Stuart was born in Peterborough, England, his wife Helena, who hails from Athlone, Co. Westmeath, jokes that he is more Irish than she is. It was through the nurturing atmosphere of Comhaltas that Stuart found the confidence to learn to play musical instruments and to sing. He did neither until he was in this fifties! Stuart's skill on the tin whistle and bodhran blossomed under the Comhaltas umbrella.

Stuart is always eager to share his knowledge and talents with others and strives to make traditional Irish music accessible to all ages and skill levels. He has developed musical associations throughout New Brunswick and beyond. This has been a great benefit to Comhaltas and has enriched many people's Irish experience.

Over the years, Stuart has held several positions within the St. John Branch Executive including: Auditor, Secretary, Treasurer, and Public Relations Officer. He encourages other members in their efforts to participate and grow within the organization. Stuart's approachable manner and nurturing personality have made him an excellent ambassador for Comhaltas and the Irish culture in general.

For these and innumerable other reasons, it is with pride that we include Stuart Hook into the Comhaltas Music hall of Fame.