As we are still celebrating the seasons holidays, the end of 2013, and welcoming the new year, we want to remind everyone that all Comhaltas classes will recommence on Monday 13 January at the scheduled times.


Happy New Year!
Posted by Ottawa Comhaltas at 23:36 No comments:


Last time we talked about music for singing. There are individual dances, such as Sean nós dancing,  which is a casual type of dance compared to the more formal, competition-oriented form of Irish solo (or stepdance). Sean nós is characterized by a “low to the ground” footwork, improvised steps, free movement of the arms, and an emphasis upon a "battering step" (which sounds out more loudly the accented beat of the music). Like in Sean nós  singing, spontaneous expression on the dance are very much valued. On occasion dancers will dance in turns, playing against each other.

Also, like in singing, there are regional differences in Sean nós dancing, and apparently it originated from the Connemara region.  Solo dancing now has been taken over by the solo step dancing style. According to Kieran Jordan, "They used to say, 'A good dancer could dance on a silver tray, and a really excellent dancer could dance on a sixpence.' Now, any modern Irish dancer would fill the whole stage. But, why compare the two? After all, says Patrick O'Dea, they are two entirely different dances – one, a traditional "old style" of step dancing, and the second, a newer and less traditional outgrowth or variation." http://www.celticcafe.com/archive/Dance/Articles/SeanNos_BostonIrishReporter.htm

The other type of dance music is for social dances, like set dancing. It is said that the spreading of social traditional dances was linked to military regiments. Regiments brought dances from other countries, and shared their own with other countries. The significance of these can still be seen in the names of some of the sets still danced in traditionally strong dancing areas, such as The Caledonian (after a Scottish regiment) and The Lancer (after the French De Lancier regiment). http://www.standingstones.com/cmaoitm.html

Social dances mainly utilize three groups of tunes: hornpipes (4/4 with swung eighth notes), jigs (double and single jigs are in 6/8 time; jigs come in various other forms for dancing – the slip jig and hop jig or single jig are commonly written in 9/8 time, the slide in 12/8), and reels (4/4).

It seems that the reel arrived in Ireland, from Scotland in the 1700-1800s, though it was know in Ireland before, but like the polka, waltzes and mazurkas, it became popular in the 1700s.  The jig was more popular than the reel in Ireland before the 1800s. The hornpipes are considered as a more recent arrival with some indications of England as a source.

Here you can see some of the basic Sean-nós steps. Also, here is John Joyce at the Oireachtas na Samhna 2012.


We hope you enjoy it!

Due to an absolutely horrid parking situation on the surrounding streets near the ceili, and an imminent bout of horrid weather, and an already low expected turnout (due to the date being so late in the month, very many people are away), the executive have decided to cancel the ceili tonight.


Please let anyone know that may not get this, and let them know. We will also try to get an email out to the membership asap.

Please have a safe weekend! (stay in and listen to some Irish music!)

In traditional Irish music there are “music” that is mainly for singing and other that is exclusively for dancing. “Music” for singing, tends to be mostly the unaccompanied vocals of sean nós of the “old style.” Also there is another unaccompanied vocal singing, the lilting or “mouth music;” a similar celtic tradition in Scotland is puirt a beul (or "diddling"). Lilting often accompanies dancing, and features such as rhythm and tone dominate in lilting. The lyrics are often meaningless or nonsensical.


Sean nós: there are three main styles of Sean nós, corresponding to the three areas where Irish is still spoken as a community language, the Gaeltachtai of Munster, Connacht and Ulster. Even though Sean-nós is practiced outside these areas, only those three distinct styles can be recognised. Singers from the Gaeltacht and indeed from outside Ireland may blend them, depending on where they learned. For those familiar with the styles, will notice the differences amongst them.

The Donegal Sean nós has been heavily influenced by Scots Gaelic song, where the melody is much less ornamented (uses of grace notes, and may also contain a steady pulse throughout the song). In all styles, the singers link a text to their interpretation of the melody. All styles will have slow (non-rhythmic songs) and songs that are sung to melodies with a very strong rhythm mostly drawn from the dance music, e.g. Jigs, slip-jigs, reels etc. http://comhaltas.ie/music/treoir/detail/amhranaiocht_ar_an_sean_nos/

As Seamas Mac Mathuna has written, "Sean nós singing is at once the most loved and the most reviled, the least often heard and the least understood part of that body of music which is generally referred to as Irish Traditional Music.” http://www.folkmusic.net/htmfiles/inart378.htm


Here you can hear Scread Ceann Sualtaim, Celtic song of The Headless Horseman.

Next time we will refer to music for dancing.

We hope you enjoy it!


Next time we will refer to music for dance.
Posted by Ottawa Comhaltas at 00:04 No comments:

Now that you might have secured some music lessons from the Instructors list we published last week, we thought that you may be interested in some link to musical resources besides the ones listed on the Traditional Irish Music post.

The Irish Traditional Music Archive – Taisce Cheol Dúchais Éireann is a national reference archive and resource centre for the traditional song, instrumental music and dance of Ireland. It is a public not-for-profit facility which is open, free of charge, to anyone with an interest in the contemporary and historical artforms of Irish traditional music. ITMA provides access to:

Discover the music!
Posted by Ottawa Comhaltas at 00:30 No comments: 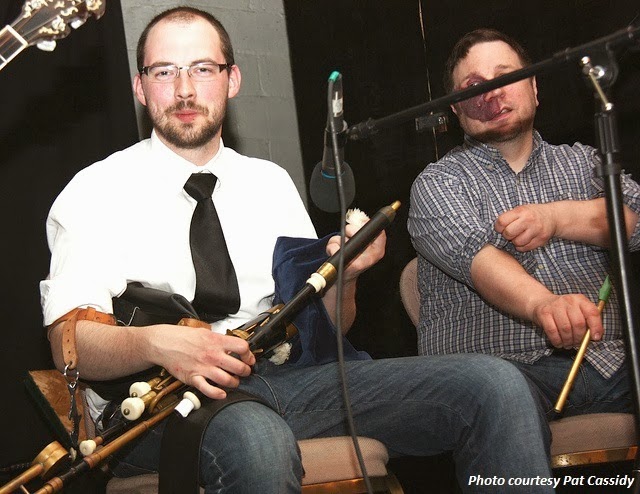 The following musicians, all respected for their knowledge and musicianship in Irish traditional music on their respective instruments, have offered to provide instruction for CCÉ Ottawa Branch members.

It is preferred that prospective students are asked to contact the Vice-Chair of the branch to get instructor contact information.  Lesson fees and any CCÉ member discounts are set by each instructor. The instructor should be provided with proof of your membership with CCÉ Ottawa in order to obtain a discount on the regular lesson fees.  Regular fees range from about $30 to $40 per hour, but this is not ‘set in stone’ and CCÉ makes no guarantees on rates.

Enjoy the music!
Posted by Ottawa Comhaltas at 00:30 No comments: