Concert: The Trousers and Kyle Burghout, at LIVE! on Elgin, Sunday 11 Feb 2018


Join Ottawa's The Trousers at LIVE! on Elgin, Elgin St., Ottawa, Sunday 11 February, at 2PM for a wonderful ride through a grand selection of traditional acoustic Celtic music. Doors open 1:30.

Making a name for themselves as Ottawa’s hottest trad band, The Trousers are a dynamic duo that showcase music from their roots. Seasoned multi-instrumentalists Karson McKeown (right) and Ross Davison (left) are sure to have audiences unable to resist nodding and tapping their toes along to the beat of unique arrangements consisting of traditional Irish, Scottish, and Cape Breton tunes. 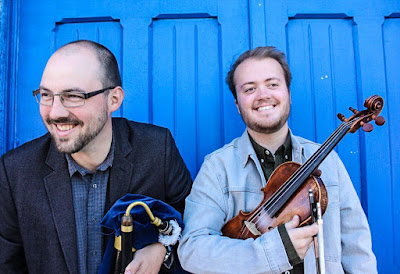 After forming the band in Jan. 2016, The Trousers are thrilled to have released their first EP, which unites sets influenced by the members’ most influential idols, new music, and, of course, old favourites.

Karson McKeown, who comes from a long line of fiddlers in western Prince Edward Island, began playing the fiddle at age 10 following step dancing for six years. He has a classical background, and studied music at Holland College, where he focused on jazz, blues, rock, and Celtic. McKeown loves incorporating tunes his great, great, aunts and uncles taught him into their performances.

Davison also started applying his love for music at 10 years old when he took up learning to play the saxophone. Davison attended Michigan State University to study classical and jazz. Also, he is one of few people in Ottawa who play the uilleann pipe, which isn’t typically heard live outside of Ireland. He relishes the opportunity to share such a rare instrument with music-lovers at shows. 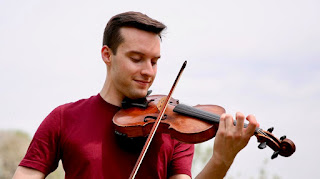 Kyle Burghout (Facebook / webpage) Having performed across Canada, the USA, Ireland, Italy, Austria, and Hungary, Kyle Burghout has established himself as one of Canada’s best young fiddlers. Kyle and his music have been featured on CBC radio and television, as well as in Irish Music Magazine and The Canadian Fiddler. His many awards include North American Irish Fiddle Champion, runner-up at the Canadian Grand Masters Fiddling Championship, and two-time finalist at the All-Ireland Fiddle Competition in Sligo, Ireland.  Learn more at Kyle's webpage!

ALL OF THE ABOVE ARTISTS HAVE CDS.

Eligibility: This competition is open to all amateur performers. Our aim is to encourage people of all
ages to participate in the rich culture of traditional music, song and dance.

Please send in your entry forms as early as possible to assist with the organization of the event.

7:00 - 7:30PM      Workshop
Join us for the first half hour of the evening for a short
tutorial on steps, holds, and terminology that will have you
dancing your way through the evening with confidence.

8:00 - 8:30PM       Entertainment and 1st Intermission
Scottish Country Dancers (RSCDS Ottawa)
Scottish country dancing consists of reels, jigs, hornpipes,
minuets, and uniquely Scottish strathspeys. The Ottawa
branch was founded in 1966, and some of its dancers will be
joining us in the evening to demonstrate a few dances.

Posted by Ottawa Comhaltas at 12:36 No comments: 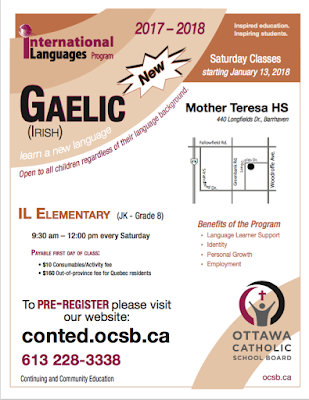 
The Ottawa Catholic School Board is asking parents who have children aged K-8 interested in Irish-language classes to submit pre-registrations. Classes may start as early as January 2018!

The proposed time is Saturday mornings, and the proposed location is Mother Theresa School in Barrhaven. The location may still change based on information collected in the pre-registration, so please submit the form even if you would prefer a different location.

Please spread the links below and the flyer from the Board attached to anyone with school-aged children as we need around 20 students approximately the same age to open a class.

If the Board get enough pre-registration submissions, the classes will be free for any student from kindergarten to grade 8 in Ontario (no matter if enrolled in the Catholic board, public board, French school, home-school or private school). Québec residents will have to pay $160 per semester.

Posted by Ottawa Comhaltas at 19:31 No comments: