A very heartfelt thank you to the members of the executive who have stepped in to the activities that I normally do (due to current health problems).

Thank you to all of the members of the executive who attended the Regional AGM in Kingston: C. Hamm, P. Avendano, and branch members M. Maher, T. Forsythe, B. Guglich, and P. Cassidy.  We have a new Regional Executive, see the previous blog post.

The next Regional Meting will be in Sudbury in 2016. The dates are October 22nd, the 4th Saturday of the month. Also CCÉ Ottawa Branch member P. Cassidy will take the responsibilities of the regional membership and work with the new Treasurer to ensure a smooth transition.

Jack Hickman and Elmer Strong were given Service Awards by the Kingston Branch.

The outgoing Regional Chair is looking for venues to host the Echoes of Erin concert for next fall (2016). She has asked that the concert tour begin in mid-September so that the tour will not coincide with Canadian Thanksgiving. She is still waiting for an answer.

Ann Gorman McKinney, PRO for the Region, produced a great document highlighting the achievements and hard work of A. McConnell – Strong, P. Gorman and P.McGuire as all they stepped down from the Regional Board this year.

All branches were strongly encouraged to make use of social media to advertise and promote our branch events. If we would like to submit articles for Treoir, please submit them to the Chair (Ena O’Brien).

I have been in told that the dance classes with Danny Doyle are going very well.

We also purchased 20 copies of Gaeilge gan Stró (10 beginner and 10 low intermediate). They should arrive shortly; so that the students who need a copy can get one.

The branch wished to express its condolences to the following members:

Posted by Ottawa Comhaltas at 23:10 No comments: 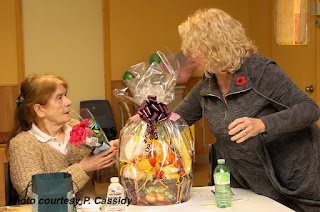 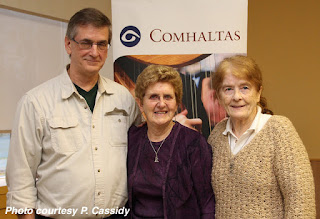 Posted by Ottawa Comhaltas at 23:10 2 comments: